Terahertz technology offers a new tool for visualization, detection, identification and analysis of the items in the package or in any material transparent to THz waves. Terahertz waves lies in the frequency range from 300GHz to 3THz. As THz radiation is non-ionizing it doesn’t damage organic tissue or cells.

The aim of our group was to demonstrate the image captured at 300GHz frequency and also capture and display three-dimensional THz images of objects with great precision of the position of the object and its shape. In addition, the method of observation at different frequencies was developed, which also identifies some of observed object material properties by analyzing its spectral signature.

THz system that was designed and assembled  in the Laboratory for microelectronics (LMFE), captures the THz image with ​​approximate area of 0,1mx0,1m with the resolution of 32×32 pixels. It operates in two modes at 300GHz center frequency. First “imaging” mode uses AM modulation of the source and provides data for 2D THz image of scene and second “radar” mode uses the FM source modulation method and provides data for 3D THz image or THz tomography. 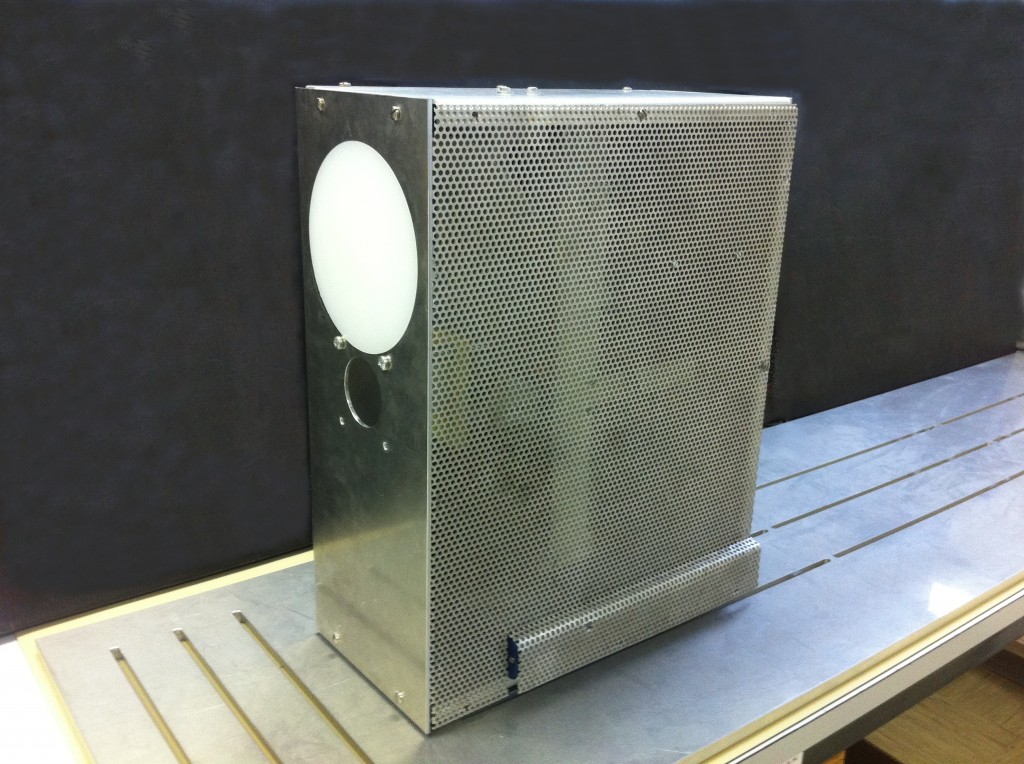 The system uses 32 horizontal pixels (line array of 32 sensors). The signals from all channels are simultaneously processed which ensures that the additional transition through the vertical dimension of scene provides data for the 2D or 3D THz image. The core of the system is a sensor array which was developed and fabricated in LMFE. The sensor and its manufacture procedure are patent protected. The sensor bases on the resistance change principle due to thermal changes at resistor material.

THz rays can easily penetrate through most clothing, plastic, paper, cardboard, so the image captured by a LMFE THz system gives the basic idea of ​​the position and shape of objects which are either in containers or otherwise obscured in visible light.